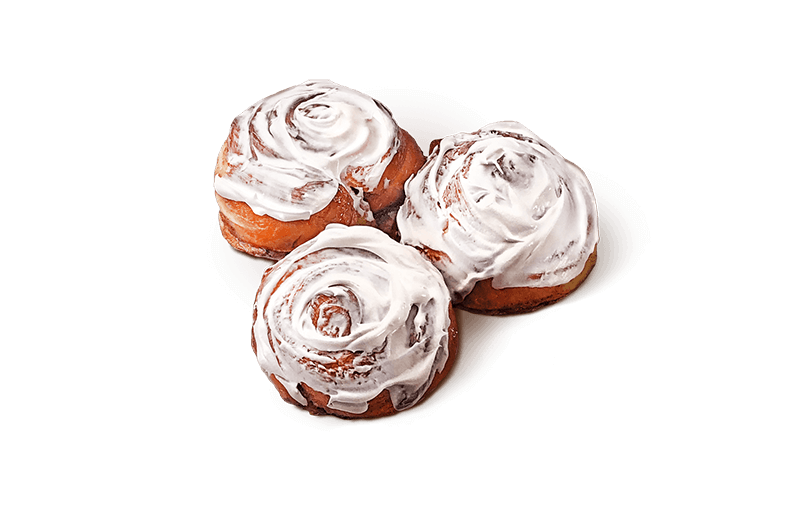 Every year on October 4, Sweden celebrates Cinnamon Roll Day. And the rolls themselves are considered almost a national heritage. Why is that? Because in cold weather, nothing will warm you better than a soft roll curled up into a cozy roll on your plate, and the Swedes do know that. After all, even Carlson loved having breakfast with cinnamon rolls and hot cocoa, which makes it hard to blame him for bad taste.

Every country has its own version of the cinnamon roll. Swedish kanelbullar are sprinkled with sugar, American cinnabon (cinnamon rolls) are drenched in butter, and then German franzbretchen rolls are made not only with cinnamon, but marzipan is sometimes added as well.

Our rolls are infused with natural cream cheese cream and sprinkled with aromatic cinnamon and spicy nutmeg – everything for your happiness and inward peace.